Why is it so difficult to detect falls?

The health-tech industry is investing a lot of resources in automatic fall detection, to allow the elderly and caregivers to experience aging with the right serenity, but the issue is far from being resolved.

“Do you know why we fall, Bruce? To learn how to get back on our feet,” Thomas Wayne told his son, the future Batman in Batman Begins. Unfortunately, it’s not always that simple, especially when you’re old and need help, and the most important thing is that you get there as soon as possible.
The percentage of seniors over 65 who fall at least once a year is between 28% – 35%, reaching 32% – 42% for those over 70. Since our society is “aging” fast – in the sense that average life expectancy is rising worldwide and it is estimated that by 2030 the number of people over 60 will reach one and a half billion – it is necessary that precautionary measures are taken as soon as possible, to limit the physical damage related to falling incidents.

One of the related phenomena to be remedied is the so-called “the long lying”, the time the person spends on the ground waiting for rescue and which can lead to dehydration, loss of consciousness and even hypothermia in some cases. This is why early intervention can really make a difference.

But the urgency to find a solution to the detection of falls does not end only in optimizing the time of a posthumous intervention: according to some studies[1] on the subject, the fear of falling is an integral part of the problem, since this feeling would negatively affect the quality of life of the elderly person, forcing him to give up various physical activities and thus creating the psychological conditions that lead to isolation and depression.
The interviewees, who had been made to wear fall detectors, were elderly people who had happened to fall in the last six months: after the trial period – which lasted 17 weeks – most of those who had worn it occasionally said they felt safer and more independent.

So there seem to be no contraindications in the adoption of automatic fall detection systems, their potential is fully understood: why then have not yet come to satisfactory solutions (bearing in mind that 100% accuracy is still impossible)?

Before seeing the critical issues together, it is useful to get an idea of what are the solutions tested so far, some of them already used in solutions available on the market, and how they work.

How do you detect falls?

Over the years there have been several (but not many) proposed categorizations of the various systems; here we refer in particular to one of the most recent and complete[2].

There are two main categories into which the different systems are divided: the first is based on detection by sensors; the second on the use of analysis algorithms. The instruments belonging to the two categories intervene at different moments of the fall detection: the analytical algorithms intervene on the data collected by the sensors, developing their own predictive rules on the available information.

In order for the analysis algorithms to work, there must be data to process. Sensors are the source of this information but they are not all the same. Different classes of sensors provide different types of data, each with its own strengths and weaknesses. Some of them will surely amaze you.

The algorithms or process and classify data

Once recorded and collected data from the sensors, they are pre-processed and cleaned with different “filters” in order to highlight the distinctive features of a particular event such as a fall.

Generally the recognition algorithms are based on some assumptions about how, for example, a fall should “appear” in mathematical terms in the collected data. Simplifying a lot, if my only sensor consists of an accelerometer, I can expect a fall to appear as a sharp peak. A peak can mean many things: one with the right timing and intensity is probably a fall. When developing a fall recognition algorithm, our task is to describe this event as robustly as possible.

A particular case are the algorithms that use automatic learning, which are able to identify independently the parameters that can characterize an event, provided that you have many examples to train them.

Depending on the classification algorithm in question, we identify three different classes:

Now that we have a clearer picture of the “tools of the trade” and the fundamental notions to understand how the problem is addressed, we can better understand the difficulties that researchers face: no sensor or algorithm is perfect and often it’s necessary to resort to compromises or solutions that integrate different techniques to obtain good results. However, this is a critical application, and trying aggressively not to miss any fall, inevitably leads to a high rate of false alarms (or false positives), which dramatically worsens the user experience and undermines confidence.

So, why is it so hard to detect falls?

In short, the automatic detection of falls is still an open challenge and of the utmost urgency, always confirming itself as one of the main “hot topics” of care for the elderly.

[1] Automatic fall detectors and the fear of falling, Brownsell and Hawley (2004) 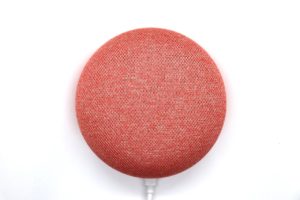 The Unstoppable Rise of Voice Assistants

Or how to make happy the over-65s: the usage of voice’s technologies is becoming very popular among the elderly and also the employment in healthcare’s 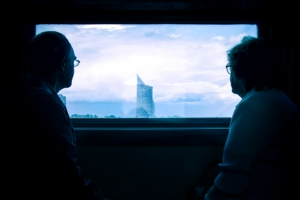 Isolation and well-being: the elderly at the time of COVID-19

The effects of the lockdown that has affected and still affects most of the world’s population are not to be underestimated: social isolation is a 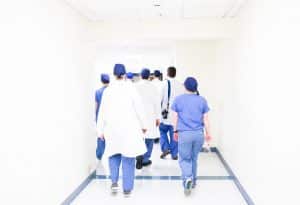 English health system: chronicles from a state of emergency

It’s a crisis which can’t be ignored, because some of its causes present common grounds within the global scenario we are all sharing as Western

Kibi is a Teseo srl’s product,
University of Genoa spin-off.

We use cookies to ensure that we give you the best experience on our website. If you continue to use this site we will assume that you are happy with it.OkPrivacy policy